While most New Zealanders are familiar with the giant kauri of the Waipoua Forest, not so many know about the remaining giants of the Coromandel. In fact, of the great trees listed in The World of the Kauri (Halkett, J. & Sale, EV, Reed Methuen,1986), Coromandel kauri are ranked 6th (Tanenui), and 9th (Tairua) in the “Top Ten”, with another four listed amongst the next ten.

Kauri on the Peninsula

The State of Kauri on the Coromandel Peninsula

In the heyday of kauri logging an estimated 236,000m3 per annum was milled. This equals a volume equivalent to 28 Manaia Sanctuaries annually, over 2,800ha.

Located on the 309 Road, this has several dozen large mature kauri trees.

More than 200 trees, with an estimated average volume of 10m3. The stand is in excellent condition with very good crowns and some light bleed marks (v pattern) completely healed over.

Over 300 dying and decaying over-mature trees with an estimated average tree volume of 14.1m3.

There is a scattering of mature kauri trees on the Range flanks and hinterland outside the above areas guestimated at 500+ in number.

There are also quite substantial areas of seedlings, saplings and poles principally in the Kennedy Bay, Otama and Whenuakite areas, with scatterings elsewhere

About 2 hours return walk from the park boundary along an old pack trail with some bush crashing near the end. Private property to be crossed in the Te Hue Valley which is accessed via Te Hue Valley Road connecting with the Maratoto Valley Road.

Currently ranked as # 3 on the Coromandel Peninsula.
Measurements : 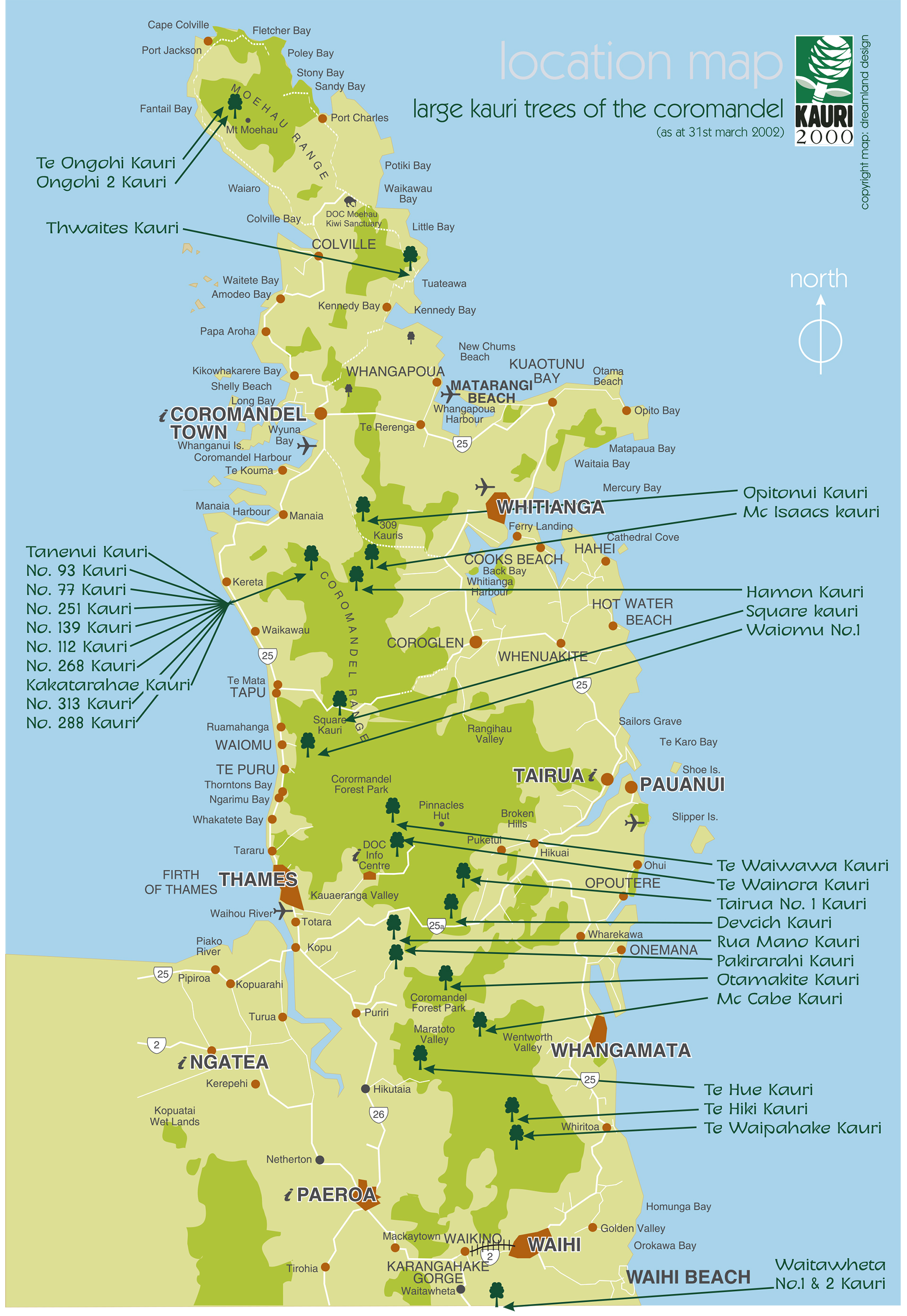